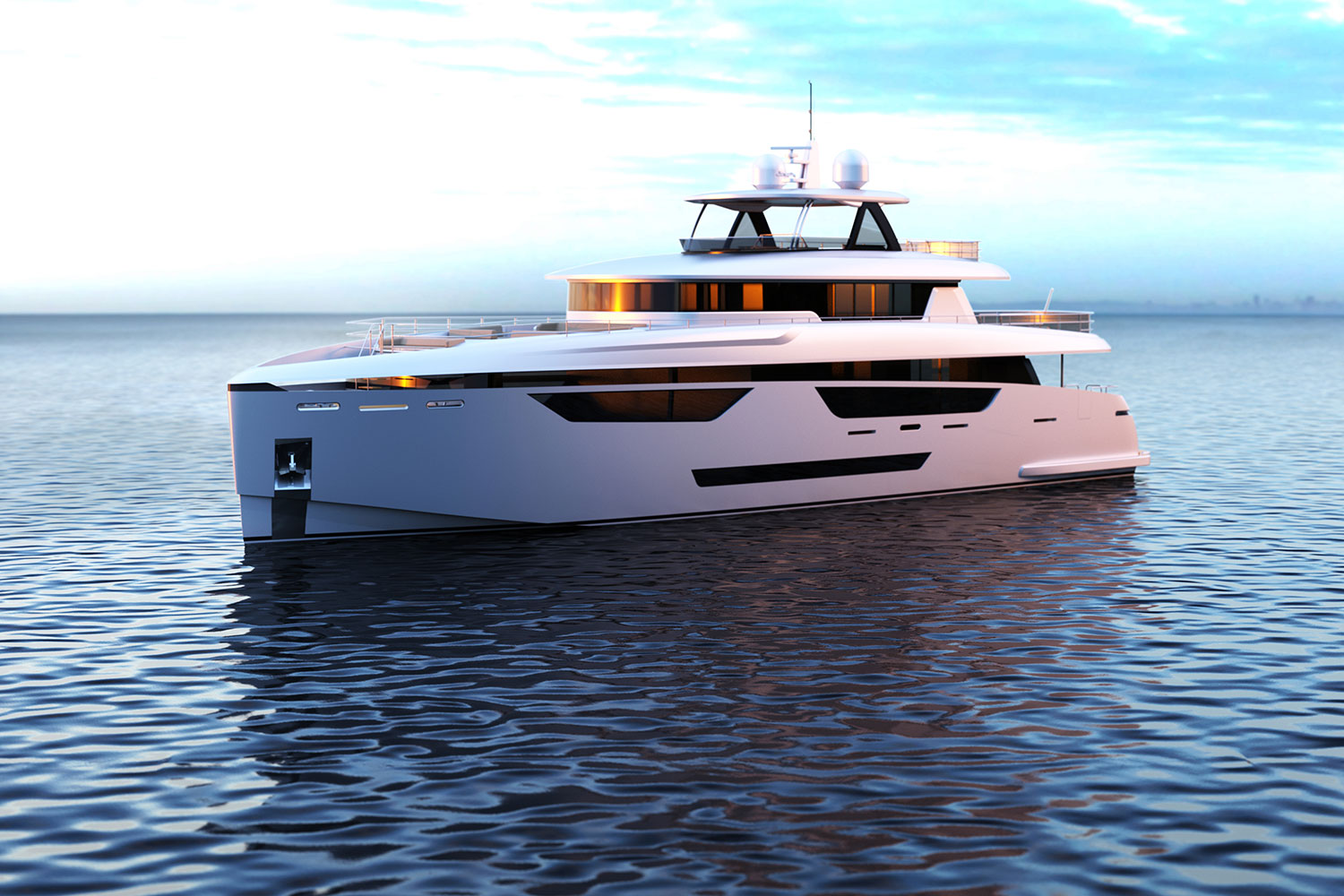 Johnson Yachts may sound like an American name, but the builder has been making yachts in Taiwan for the last 35 years. Its solid, quality-built vessels, however, are arguably the most American of yachts, and they’re created for the U.S. market. About 98 percent of Johnson’s boats are run by American owners in U.S. waters.

The brand’s designs have tended to be mainstream, but the builder is now heading in an exciting direction with its 115-foot tri-deck flagship, announced Thursday at the Fort Lauderdale International Boat Show. It could be a new path for Johnson. Dixon Yacht Design created the contemporary exterior that is unlike any other yacht in the line (not to mention any other competitor in its class), and Design Unlimited rose to the occasion with the spacious interior.

The plumb bow not only redefines Johnson’s sense of aesthetics, but adds extra volume to the forward quarter of the yacht. The bulwarks have unusual glass insets that create exceptional views from any angle and also protect wayward crew members during rough passages. The skylounge on the upper deck, large social area on the foredeck, and more intimate beach club at the stern offer very different choices of gathering places across the exterior of the boat.

On the 115’s interior, the main social area is the large saloon with full-height windows, with a formal dining room forward. The rear part of the saloon is connected to the aft deck by wide-opening doors, so owners can create a seamless feel between inside and out, for a big party or large alfresco dinner. The upper level’s skylounge has the same inner-outer design, with the smaller saloon leading to an aft deck. Owners can design the interior with their own decor and color schemes, while also having a choice of a five- or six-stateroom layout.

The yacht also accommodates two tenders, another unusual feature for a boat this size. The swim platform holds a 16-foot tender, and the garage behind the beach club will hold the larger 18-footer. When it is launched, this yacht could well attract a new following of younger owners for the Johnson brands (and we’ll continue to report on at yacht shows around the world and throughout the year).