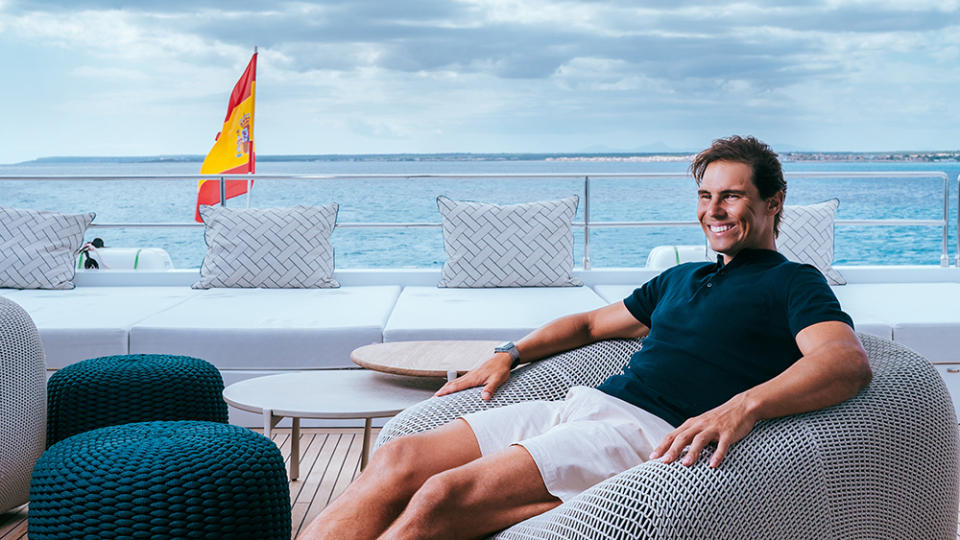 Last month, Rafael Nadal received his fully custom Sunreef 80 Power and things appear to be going swimmingly. The Polish shipyard has released pictures of the 34-year-old tennis pro aboard the luxury catamaran and he’s smiling like he just won a grand slam. That’s because, in the marine world, he did. Great White represents an ace in high-end multihulls.

Nadal first commissioned the 80-footer back in July 2019. The ultra-modern cruiser was specially designed for the current World No. 2 and his wife Maria by the Sunreef team. The all-rounder combines five-star comfort with exceptional seaworthiness and has an epic interior fit for a tennis king.